The past month has been a whirlwind of activities and ministry.

On February 6th Kay picked up Helen Baird in Puebla and they rode the bus back over the mountains to the Federal District of Mexico City. Steve met them at the bus terminal and so the adventure began. Helen’s responsibility was to take photos for CMF, for office use as well as for the missionaries’ use as well as local church use. Helen graduated from Milligan with degrees in photography and sociology. The one made her ideal for taking pictures and the other for relating to missionaries!

During her time here Helen visited the North Side Church, the Eagles Church, the New Life Church in Pachuca, the King of Kings Church in Huehuetoca, the pueblo of Tequisquiapan, the district of Coyoacan in Mexico City, the pueblo of Real de Monte where futbol was played for the first time by a Mexican miner, the house of Luis Barragan (architect) and much more. Helen took photos of the kids clubs, the community center, ate tamales and otherwise had a great time.

During the same time Kay has been working with the representatives of several churches to put together the women’s retreat which is coming up in a week (Feb. 7-9). She has also met with the teachers at ICN and taught English at the community center and helped with the kids clubs at ICN. The volume of work she does on the computer and as the team leader is impressive but difficult to put into script, she does a lot. Steve has met with the elders, worked on projects at ICN, taught English and shared in the preaching role. He feels like he has driven a lot, and he has, and just now is suffering from the effects of a cold. Wonderful!! Steve is also working to get the final touches to the Civil Association (community center) in place. AND, we are putting a baptistry in the ICN garden area. It is a beautiful setting and the baptistry will be a beautiful addition, especially when one considers it’s spiritual message. An electrician is working on finishing up the electricity to the Sunday school rooms as I write, and a work day finished up water proofing the house and other odd jobs.

As far as our preparations for furlough, beginning May 1st, we sent winter clothes with Helen for us to pick up once we are in the States. That is a little thing but it gives us more room when we fly north. As far as the churches and the community center are concerned they have taken the lead in their respective ministries and we only need to step aside. Indeed, we have stepped aside and they are running well. We know we haven’t even started furlough and are a long way from February 2015, but we are already excited about our plans for church planting upon our return in February 2015. We’ll tell you about it over the nine months we are in the States.

Good bye! Thank you Helen for being such a special person and like a daughter to us and a sister to Natasha. We love you.

Everybody keep on praying. Pray for health, safety and a good transition to furlough. Bye for now! 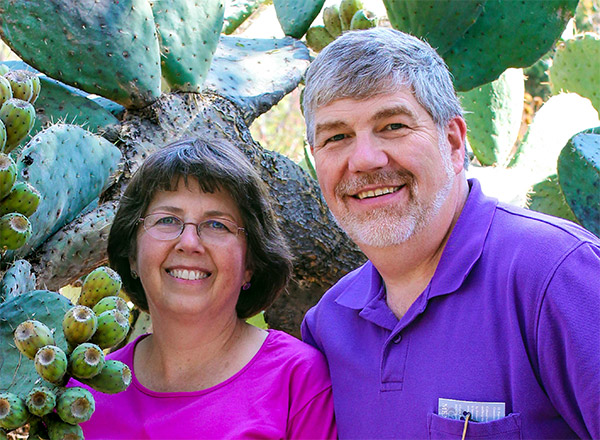 Our ministry in Mexico City began in April of 1995. Since then we have been involved in two church planting projects, the North Side Christian Church and the Eagles Christian Church. At this time we are disengaging from the work at the Eagles’ church. It is now five and a half years old and this past summer the congregation ordained Ruben Fuentes as a Minister of the gospel of Christ Jesus and immediately called him as their pastor. He and his wife Jorcy have been instrumental in the work since we began it. Kay and I continue to serve the congregation as part of the leadership team (we prefer to see ourselves as consultants) serving alongside of Ruben and Jorcy.

Give to this ministry